Branch Fields, whom Opera America describes as “a bass of resonant richness,” and The New York Times declared to be “a gifted young bass,” is delighting audiences and critics alike, whether it be in opera, concert, or musical theater. He has sung with Santa Fe Opera, New York City Opera, Boston Lyric Opera, Opera Carolina, Michigan Opera Theatre, Utah Opera, Opera San Jose, and many other regional companies throughout the U.S. In concert, Branch has performed with the Munich Philharmonic, National Symphony Orchestra, Santa Fe Symphony, Colorado Springs Philharmonic, and the American Symphony Orchestra. Branch’s versatility as a singing actor led to his Broadway debut in SOUTH PACIFIC, understudying the role of Emile de Becque in the Lincoln Center Theater production, which won 7 Tony Awards.

This past season, Mr. Fields was engaged by Opera in Williamsburg as Raimondo in LUCIA DI LAMMERMOOR, and by Virginia Opera as 2nd Soldier in SALOME. In December, he was asked to be the guest artist for the Williamsburg Community Chapel Christmas Concerts, attended by 8000 people, and performed the bass solos in Handel’s Messiah at the Williamsburg UMC and at the Sandler Center with Symphonicity. 2015 began with the Mozart Requiem, again with Symphonicity, and Verdi’s Requiem in Ft. Meyers, Florida with the Gulf Coast Symphony. He reprised Sarastro for Anchorage Opera’s MAGIC FLUTE; and was Father Truelove in Stravinsky’s THE RAKE’S PROGRESS with Utah Opera. The season ended with a reprise of Raimondo at Opera Fort Collins. Mr. Fields spent the summer close to home in a 34 performance run of his critically acclaimed portrayal of Emile de Becque in SOUTH PACIFIC for Virginia Repertory Theater. He has been nominated for a 2015 RTCC Artsie Award in the “Best Actor in a Musical” category for his performance of Emile de Becque for Va. Rep. 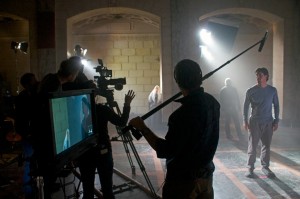 Mr. Fields’ 2013-14 season included a live European radio broadcast of CANDIDE from Leipzig, Germany with Mitteldeutcher Rundfunk (MDR) led by Kristjan Järvi. He made his Canadian debut as the 5th Jew in SALOME at Edmonton Opera, and a return to Carnegie Hall with the American Symphony Orchestra, in R. Strauss’ FEUERSNOT. He reprised Emile de Becque for Piedmont Opera in March, then was part of the April Cutting Edge Concert at Symphony Space in NYC, presenting new scenes from Victoria Bond’s CLARA, portraying Robert Schumann. Branch helped organize Williamsburg Symphonia’s Opera Night, joining Metropolitan Opera artists Audrey Luna and Lauren McNeese for the gala. He also sang Elijah in a performance of Mendelssohn’s oratorio at the newly opened Center for the Arts at Virginia Tech. In the summer, Branch sang 42 performances of Emile de Becque for Drayton Entertainment in Drayton and Grand Bend, Ontario with Broadway/Stratford Festival star Chilina Kennedy as Nellie, and was at Opera North through August playing Frank in Kurt Weill’s STREET SCENE and Alfred P. Doolittle in MY FAIR LADY. He also returned to Martha’s Vineyard for a vocal ensemble arrangement of Goldberg Variations #26 and #31 as part of the art exhibit “Still Point” by Claudia Miller, with Wendy Taucher Opera and Dance.

Mr. Fields is a native of Texas, born in San Antonio at Lackland Airforce Base. He spent his youth in Little Rock, Arkansas, then moved to Williamsburg, Virginia, which is the place he now calls home with his wife and 3 children. His talent for singing was discovered at Virginia Tech while doing undergraduate work in chemistry. Upon completing his undergraduate degree, Branch was accepted into the Master of Music program at Indiana University’s Jacobs School of Music, where he was awarded the Cole and Kate Porter Memorial Scholarship, and studied voice with the great Metropolitan Opera bass, Giorgio Tozzi. Branch was a member of The Singing Hoosiers, through which he garnered the attention of Maestro Erich Kunzel during their concerts and recordings with the Cincinnati Pops. He can be heard on the Cincinnati Pop’s album Puttin’ On the Ritz (TELARC). Branch was later granted a coveted spot at the Academy of Vocal Arts in Philadelphia, a full scholarship institution, where he studied with Met baritone Louis Quilico, and participated in summer opera programs in Chiari, Lucca, and Rome, Italy.

In New York City, he was placed in the studio of bass specialist Armen Boyajian, voice teacher of Samuel Ramey and Paul Plishka. He won 1st prize in the Bel Canto Vocal Scholarship Competition, 2nd in the NJAPA Vocal Competition, and was a prize winner in the Liederkranz Foundation Competition.